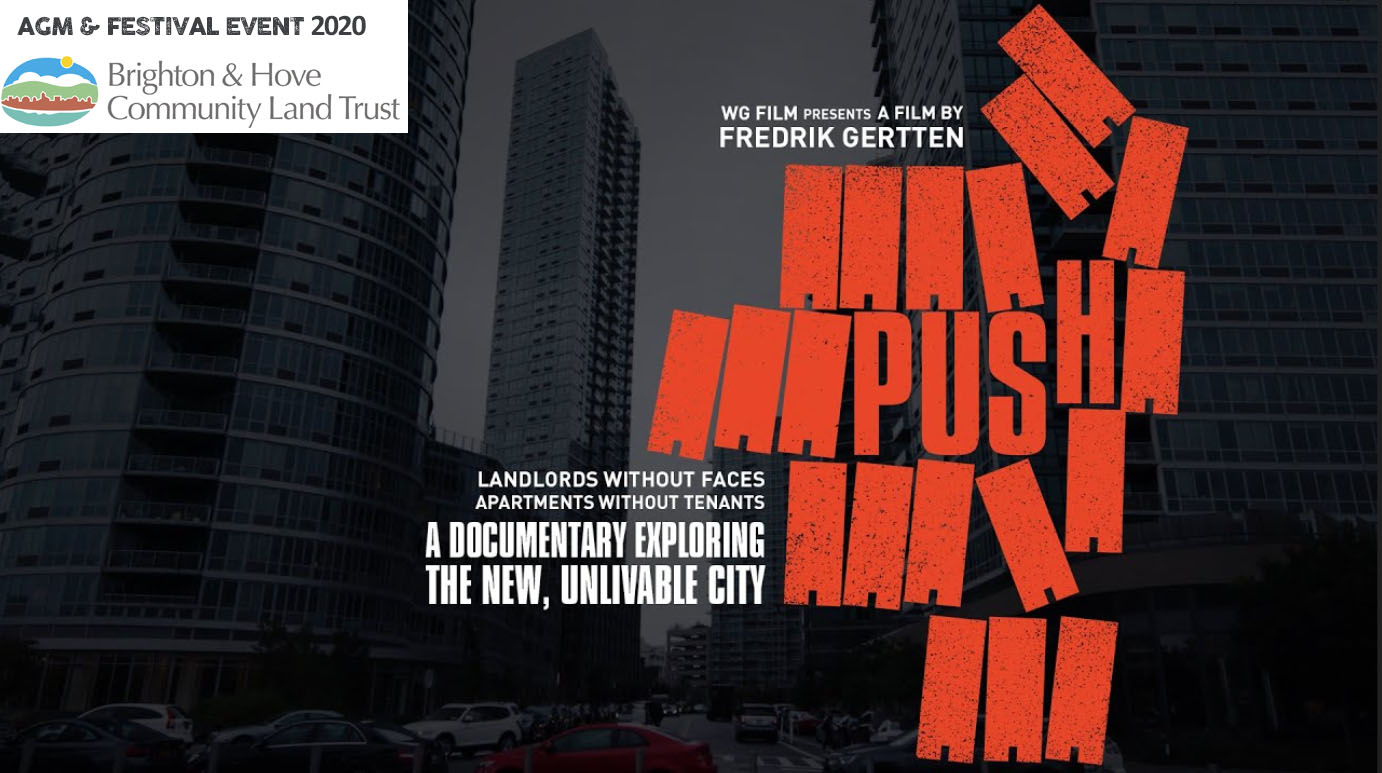 Push is a film that investigates why we can’t afford to live in our own cities anymore.

Despite the fact that housing is a fundamental human right and a precondition to a safe and healthy life, it is becoming almost impossible to find an affordable place to live in cities across the world. The film follows Leilani Farha, the UN Special Rapporteur on Adequate Housing as she travels the globe, trying to understand who’s being pushed out of the city - and why.

As part of our AGM week, Brighton and Hove Community Land Trust arranged for PUSH to be available to watch free of cost, followed by a panel discussion on Monday 14th September, to talk about how it is relevant to our city and what can be done about it.

Due to its popularity and importance, we've opened up the viewing window again, for anyone who didn't have a chance to watch the first time. Once you RSVP you will be sent a link to watch the film, which will be available until the end of Sunday 27th September. We'll also be posting the panel discussion on our website at https://bhclt.org.uk/agm2020/ in the next few days, so keep an eye out for that.

We are offering the opportunity to watch the film for free but encourage people to join BHCLT. Membership costs £1.  Join here.